ROLE MODELS and charities were honoured nationwide at Friday’s ceremony at the breathtaking Liverpool Anglican Cathedral, rewarding Britain’s most inspirational people for their fight against inequality.

Community heroes from across the UK gathered in the bustling city of Liverpool to celebrate the outstanding achievements of those who have demonstrated their outstanding devotion to diversity, equality and inclusion.

Wolverhampton based charity Include Me TOO, beat seven others in the running for the Community Organisation Award in the Age category. Acting sensation Philip Olivier presented the incredible organisation with the accolade. Include Me TOO was applauded at the ceremony for being the only national charity supporting disabled children, young people and their families from BAME and other marginalised community backgrounds. 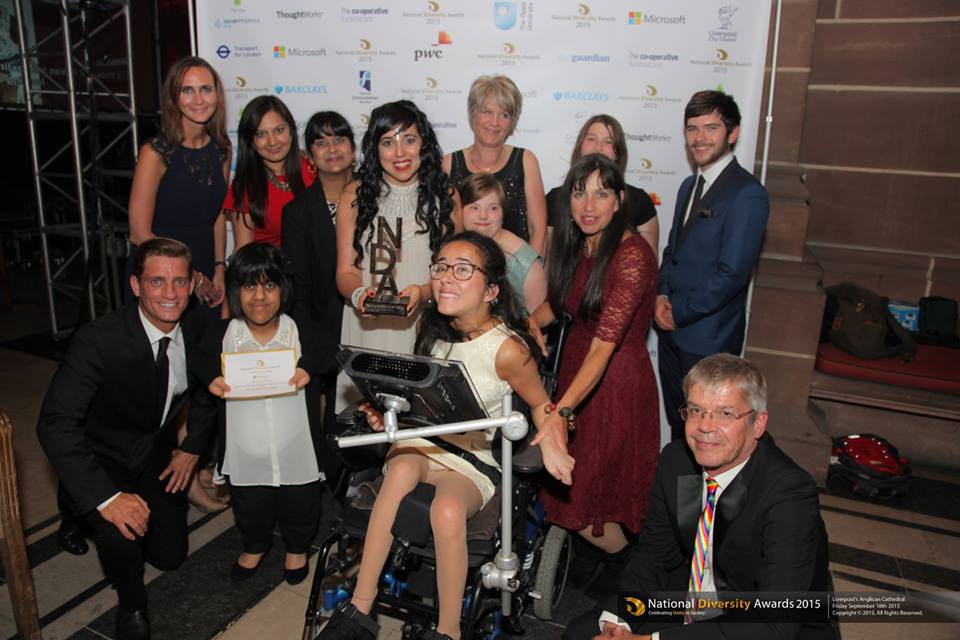 Comedian and actor Lenny Henry lent his support to nominees, “Diversity to me means involving everybody without any discrimination, it means having integrated groups in society, it means fairness and total inclusion, and that’s what we’re all here today for, you’re all doing a fantastic job. Rock on!”

The energy in the room was an intrinsically positive one, with each nominee being extremely supportive of each other. The one-of-a-kind ceremony kicked off with an inspirational speech by founder of the NDA’s Paul Sesay, discussing the importance of the National Diversity Awards and what inspired him to create the ceremony.

As passionately as ever, Sesay said, “The grassroots organisations that The National Diversity Awards recognise are pioneering amazing initiatives on equality diversity and inclusion; and we need to promote, empower, profile and acknowledge their extraordinary achievements.” The ceremony, without a doubt, delivered on that promise.

The National Diversity Awards was a real feel good ceremony, where each nominee had earned their right to be in attendance for their fantastic work in their specific community.

The Golden Globes of the diversity world was a event refreshingly celebrated in such swanky style, that it was evident who were the stars of this show, the well-deserving, humble and extraordinary nominees.

The view a full list of winners please visit: http://www.nationaldiversityawards.co.uk/2015-winners/